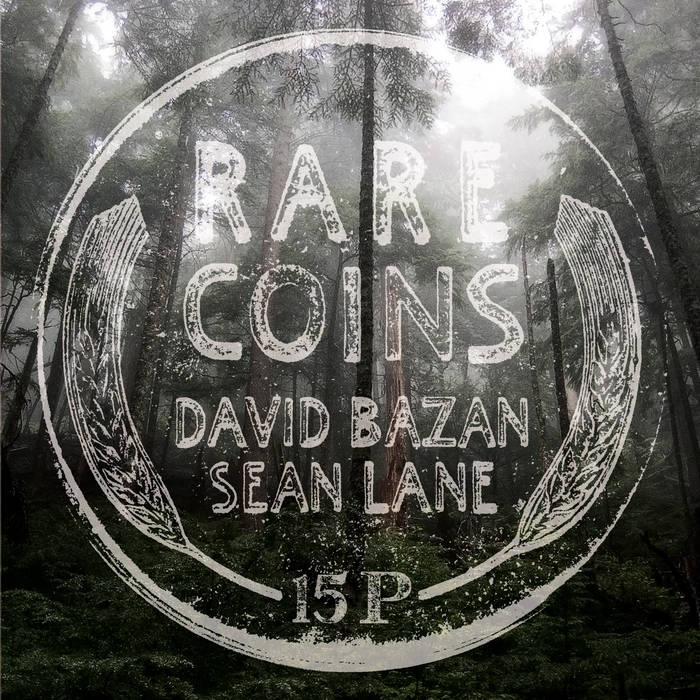 Sometimes you find a recording artist you think is so cool, you can’t understand why more people haven’t heard of them already. You put them on all your mixtapes. You buy their record over and over again because you keep giving your personal copy away to friends. The Rare Coins Series was conceived to offer an established artist the opportunity to share one of their favorite artists with the rest of the world by way of a limited release split 12”.

As long time fans of all things in David Bazan’s orbit, 15 Passenger was overjoyed to bring him in for this inaugural Rare Coins release. And as discovering new talent is paramount to the series conceit, 15 Passenger has also become new fans of Sean Lane’s work and are honored to play a role in bringing his music to a wider audience.

David Bazan first met Sean Lane a decade ago while Sean was working at American Music in Seattle. Sean had given him an EP of a band he was playing in and Bazan was immediately struck by Sean’s percussion. A handful of years later, Sean caught Bazan’s attention again when he started recording and performing on an original instrument he built from the frame of a child’s bike; custom made bell cymbals, springs, flatwound guitar strings both plucked and bowed, and a plethora of effects pedals.

Lane has played in Perfume Genius and Yppah, and is currently on tour with Bazan in his latest incarnation of Pedro The Lion.

Lane contributes five ambient pieces that feel like a soundtrack to a mysterious, foggy night along Puget Sound. Off kilter rhythms and supernatural synths drift beneath moaning saxophones and lonely chimes. On “Invisible”, Lane lends abstract vocals to express a yearning to disappear amongst the hectic routine of daily life.

The four songs provided by Bazan are playful, provocative, and reminiscent of a leaner rock and roll style found in Bazan’s earlier work with Pedro the Lion. His signature rhythm and melody is found all over these tunes, as he handled all the instrumentation himself. These songs are awesome, amongst the finest stuff he’s ever written. “Opposite Soul” is a muscular, brooding pop song that explores the fundamental differences between “us” and “us” in today’s increasingly partisan world.

Bandcamp Daily  your guide to the world of Bandcamp

Cannibal Corpse's George "Corpsegrinder" Fisher stops by for an interview